You are in: Home » Tourist Information » Places of Interest » Religious Heritage

The council of Coaña, made up of six parishes and Lebredo, has a varied religious heritage consisting of churches, hermitages and little chapels, some of them private. 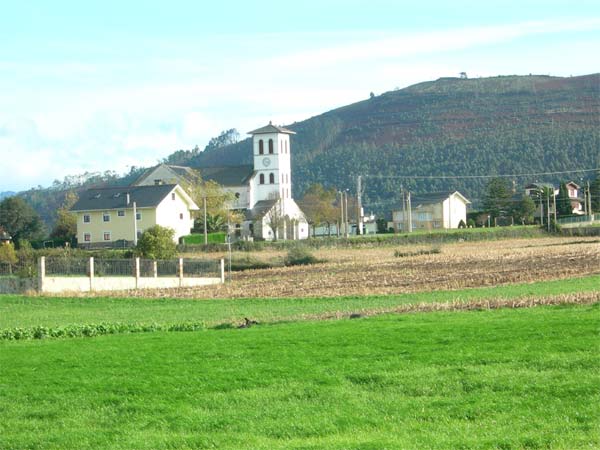 The origin of the old church of Cartavio is medieval according to the inscription kept in the church and documentary references of that time. The monastery of Santa María de Cartavio is mentioned for the first time in the will of Count Froila Velaz in 976. In his will, the nobleman donated this monastery, inherited from his forebears although the original construction was not preserved, to the Church of Oviedo.

However, under the window of the present church there are two embedded tombstones, on one of them is written the year 976, and the other one seems to date from the 12th century. A circular window, together with the apse in Miudes, are the only samples of the Romanesque style construction that remain in the western coast of Asturias.

The current church is a simple building with a Latin cross plan, with a polygonal shaped presbytery, chapels in the first stretch of the Nave and portico to the West end, above which a bell tower rises. It is a thick walled construction, with barrel-vaults and round transverse arches; it shows external reinforcements by using buttresses. Only the crossing and the side chapels have a light elevation of the groin vault and the crossing is covered with rib vault. The library and assembly hall are located at the west end, flanking the portico, and there is a storeroom and a sacristy symmetrically arranged at the east end, on both sides of the presbytery. 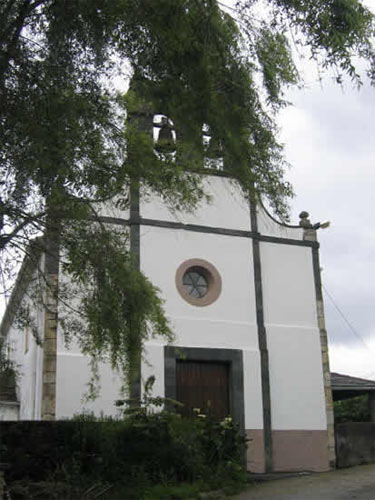 It is worth noting the colourful decoration and some contemporary carvings.

Concerning the Christ in repose glass case preserved inside the church, it is necessary to emphasize that it is one of the few parishes that still keep this element which was part of the Passion ceremonies. 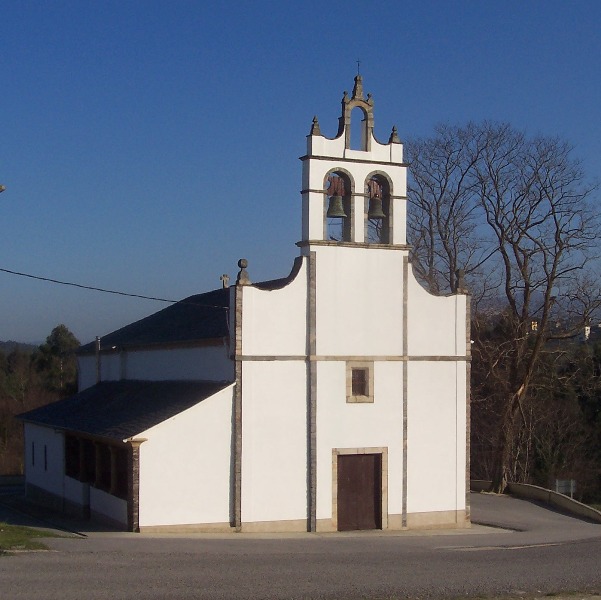 Santiago de Folgueras is a simple church in the outside, with a side portico, faÇade divided into three vertical sections, with door and linteled span and a belfry with three openings in its central part, lifted over the side sections with which it fits visually by means of two smooth spurs. Inside, it is completely vaulted with groins in the nave and a choir to the west end. The semi-circular arches that separate the naves are supported by manufactured pilasters that imitate the stonework shapes of the transverse arch that separates the nave of the church from the main chapel. 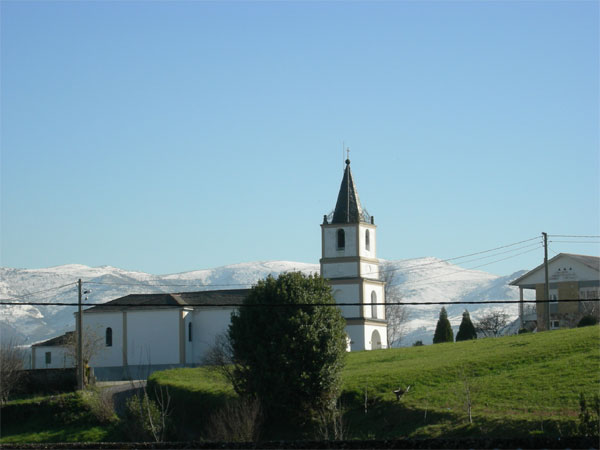 It is a single nave church, with straight apse and sacristy at the east end and the chapel of Laspra on the right, communicating with the presbytery through a lattice span. It is completely vaulted with edge roofs, originally it had ogival windows but were modified in 1963.
Outside, it is very impressive the visual impact of its tower to the west front, with decreasing sizes that finish off with a hipped roof. This space functions as a portico in the lower part and as a bell tower in the upper part. 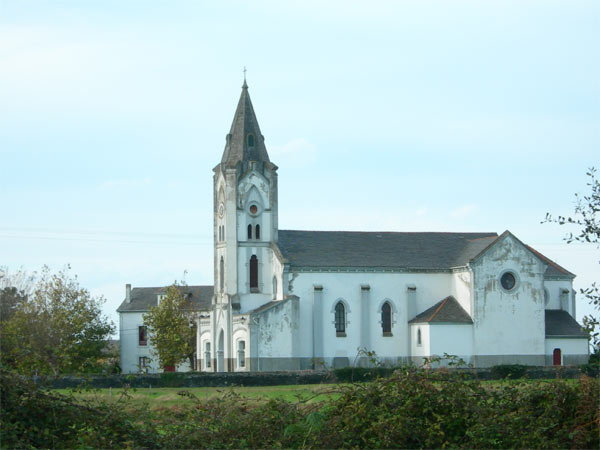 Church with a single nave with transept, polygonal East end and roof with pointed vaults. It has a tribune at the west end entrance and gothic eclectic aesthetics prevail in the whole building, with pointed spans, rose windows and clearly medieval mouldings in the line of ashlars. It has a big bell tower to the west front, which functions as a portico and also stores the clock. 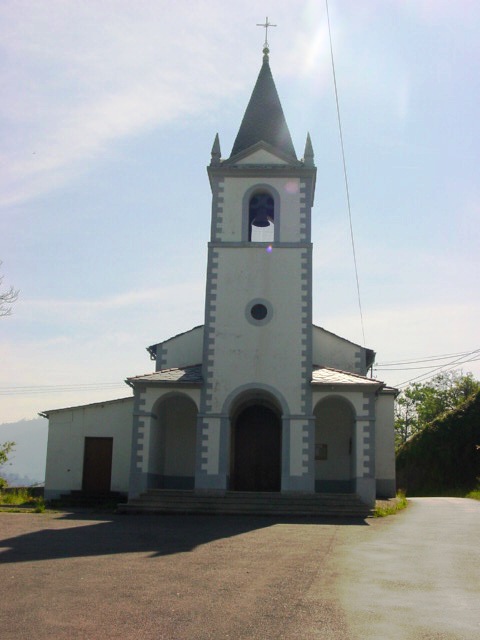 The external appearance of this church coincides with the one in Villacondide, showing a portico to the west end on which it is placed the bell tower. It has a single nave plan and pointed vault presbytery which could belong to the old type of construction.