You are in: Home » Tourist Information » Places of Interest » The Way of Saint James

The Way of Saint James 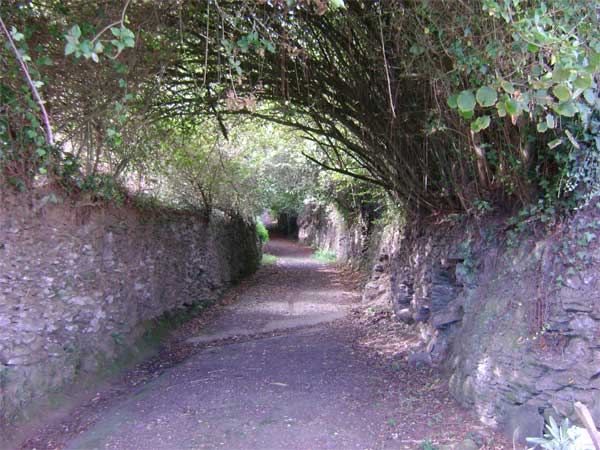 Asturias is linked with the Way of St. James since the 9th century when king Alfonso II The Chaste (king of Asturias and Galicia) went on a pilgrimage, for the first time, to a deserted area near Iria Flavia (Padrón), where exceptional events had revealed the location of what was taken to be the tomb of the Apostle Saint James (Santiago).

Two pilgrimage routes cross Asturias: the Original Way (Camino Primitivo) (The Inland Route) and the Northern Way (The Coastal Route). Both of them show the best of Asturias: the sea, the mountains, culture, tradition, art, hidden places, small towns, fishing villages and the hospitality of the Asturian people.

And it is precisely the Northern Way (or Coastal Route) the one that goes through the council of Coaña. By mid of the 18th century, the pilgrims arrived in Coaña after crossing the Estuary of Navia by boat, in particular to the area of Barqueiros (El Espin). This service was used by people on foot, on horse and carriages. Its price was four maravedis (old Spanish copper coin used between the 11th and 14th centuries) per person and eight per mount.

In the year 1370, Alvaro Pérez de Coaña founded in the village of Jarrio (parish of Folgueiras) a hospital for pilgrims, under the auspices of Saint Ann. According to the official register of the Marquis of La Ensenada, this hospital was still in operation in the year 1753 and all its equipment had a value of 1542 reales (old Spanish silver coin used in 16th, 17th, 18th and mid 19th centuries) and the pilgrims received the pay, food, board and assistance. In the 19th century, it still appeared in the documents as a pilgrims’ hospital.

This infrastructure and quite often the toponymy are witnesses of the place the pilgrims walked by and, in general, of the Way itself.

Nowadays, the Northern Way as it goes through the council of Coaña, starts in the village of El Espín and crosses the villages of Jarrio, El Esteler and Cartavio.

Unload here the Guide to The Way of St. James on its way through Coaña.