You are in: Home » Tourist Information » Places of Interest » Archaeological Resources 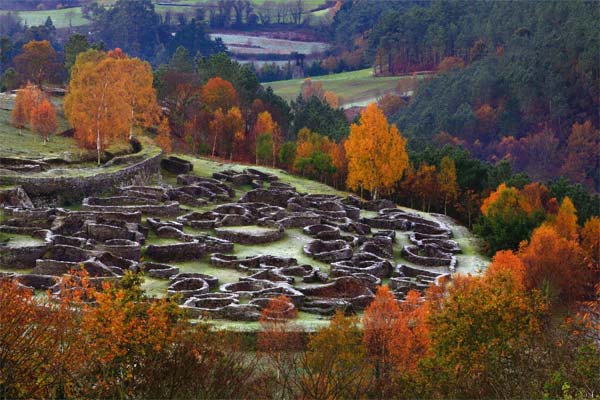 "Castros" were fortified villages where the population of the area concentrated during the centuries previous to the Roman conquest (year 29 – 19 B.C.). Romans kept their occupation for a long time because they were very interested in the abundant gold mines of Western Asturias mountains.

"Coaña’s hill fort" is the most popular castro known in Asturias thanks to its early discovery and the big extension excavated during almost 200 years of archaeological works. Like many of the castros located in Asturias, this castro was known since ancient times. The literary references that mention the ruins and their possible origin date back to the early 19th century. Since then, the occasional archaeological works, whether rightly done or not, have contributed to shape its current appearance and turn it into a prototype of the typical fortified settlement of the Iron Age.

The first rigorously documented excavations were carried out by José María Flórez in 1877, and from his work we can deduce that excavations were done in more than twenty constructions and some more were examined superficially. Already in the 20th century, the investigation is taken up again by Antonio García y Bellido and Juan Uría who go on with the excavation work in Coaña between 1940 and 1944. In 1959 Francisco Jordá starts new explorations until 1961. In that year the site takes on a similar appearance to that it has today. During the last two decades, the Principality of Asturias has sponsored several actions in order to improve the knowledge and quality of the visit to the site.

Since 1993 the castro has a Museum where it is shown the evolution of the castro culture from its origin to the arrival of the Romans when the gold mines would have a decisive role in the history of these settlements.

The castro was built on a small hill and surrounded by a thick wall and a ditch dug on the rock all around its perimeter and now hidden under the old walls ruins. Until recent times, it was believed that the settlement had been founded during the 1st century A.D. already under Roman domain, and precisely in order to lodge the gold mines workers. However, the most recent excavations have proved that its foundation dates back, at least, to the 4th century B.C, that is, about 400 years before it was conquered by the Romans.

Nowadays, it is possible to visit more than eighty completely excavated constructions which give us a very accurate idea of the town-planning organization of the castros and their evolution until the imperial period.

The most outstanding spot of the castro is, without any doubt, the Sacred Enclosure (Recinto Sacro). It spreads close to the Acropolis on a little terrace that rises up over the access road. In fact, the ruins belong to two similar buildings that followed one another in time, and are characterized by the vaulted roof of some of its chambers, semicircular east end, use of ovens, channels excavated in the rock and a huge washtub carved in granite rock. These buildings are only found in castros in the northwest of the Iberian Peninsula (Portugal, Galicia and Asturias) and for a long time they were thought to be crematoriums. Today, it is accepted that they were ritual saunas whose origin dates back to the 4th century B.C, although they survived, with modifications, until the 1st century A.D.

Other places of interest are the walls and the corps of guard that flank the entrance to the settlement, several groups of huts with circular, oblong and rectangular houseplant, some of them still keep continuous benches and household furniture like round mills and rock engravings used as mortars and which are typical of the castros of Navia’s valley.

This text has been given by D. Angel Villa
Director of the Plan Arqueológico de la Cuenca del Navia (Archaeological Progamme for Navia’s Basin). 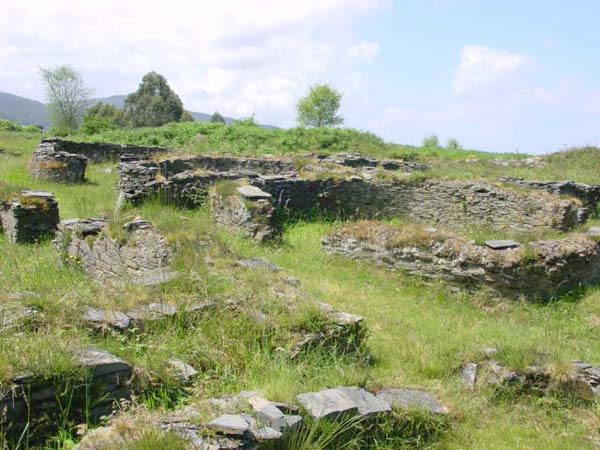 This settlement stretches over a plateau where about twenty huts have been excavated. It is protected by three ditches excavated in the rock and a wall, almost destroyed now. This castro was occupied during the 1st and 2nd centuries A.D. This castro, which hasn’t been completely excavated, was declared Artistic-Historic Heritage. 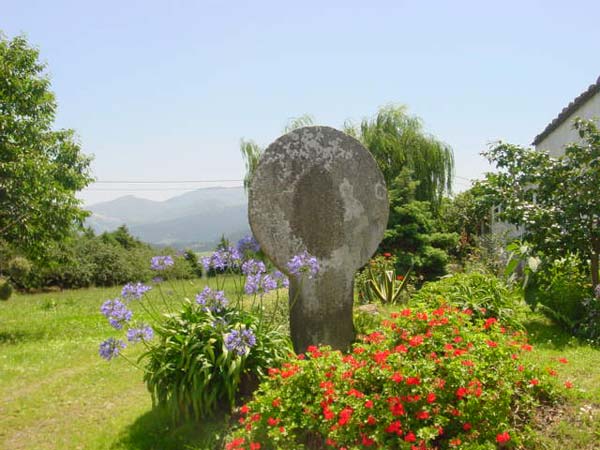 It is a single piece of granite rock. It is associated to the castro culture as it is one of the essential elements of the council. It has some blurred signs arranged in lines on the great disc of the rock. It was christened with the name of Piedra de Nuestra Señora (Stone of Our Lady) and it was declared a National Monument.